The Top Positive Thinking TED Talks on the Internet 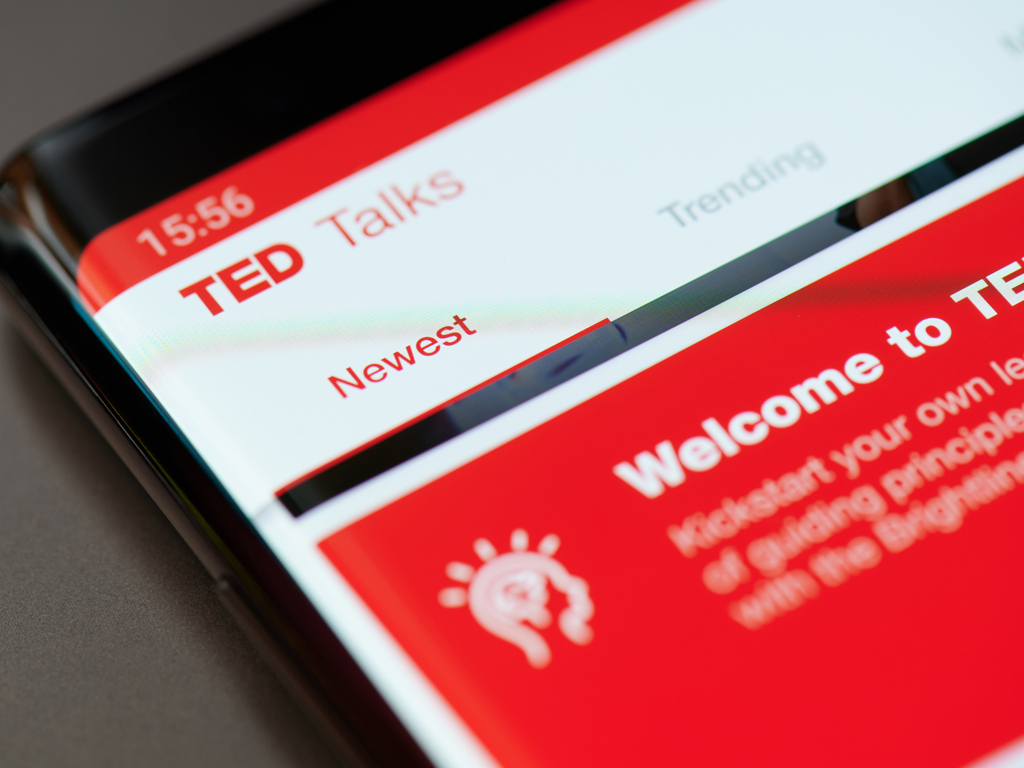 Positive thinking is something a lot of people have been struggling with lately. Whether it be from a young age, or just during the span of the pandemic, it’s not an easy task for anyone to think positively all the time. Positive thinking TED talks are a great way to find different ways to change your mindset.  Also, they can help you at least understand why negative thoughts end up being a big part of your thoughts.

The rest of this article will list 4 positive thinking TED talks and summarize them with a quick synopsis for each. Let’s get positive!

1. Samantha Rea at TEDxUofM – Positivity: The Power of Choice

The first in our list of positive thinking TED talks is one given by Samantha Rea in March 2015 called Positivity: The Power Of Choice. At the time of this TED talk, she was a fourth year student at the University of Michigan.  She was majoring in Biopsychology, Cognition, and Neuroscience and minoring in Gender and Health.

She begins her talk by mentioning bad things that are happening in the U.S. Next, she then goes into how most people think positive thinking is just pushing out negative thoughts, therefore making those positive thoughts unrealistic. Positive thinking will not solve all your problems, but it’s a great start.  This leads into her favorite quote: “choose to have a good day.”

As an example to support her points, she launches into a story where she and some friends went to stay in a cabin in the winter.  Unfortunately, they crashed into a snowbank on the way to the store.  She explains how positive perspective helped her through that experience.

She mentions how pointing out the positive things in your day and in your life can help you in spreading “good vibes”. In particular, there is a segment of the talk where she cites people around her who have given her this inspiration.

2. Alison Ledgerwood At TEDxUCDavis: Getting Stuck In the Negatives (And How to Get Unstuck)

Alison Ledgerwood’s TED talk from 2013 is next on our list. Ledgerwood, at the time of this talk, was a professor in the Department of Psychology at UC Davis and a Social Psychologist.

In Ledgerwood’s talk, she describes how people tend to focus more on the negativity of failure.  This happens more than the positivity of success, even if success happens more often. Failure sticks around much longer, she cites an example of the glass half full/half empty concept.

She then goes on to talk about an experiment they did where they gathered people into two groups.  These groups were based around two different concepts. In both instances, they presented one group with a positive thing about the concept and the other group with a negative.

In both of these experiments, once the negative part was revealed, even if the positive seemed good, the participants in the study lost faith in both concepts based on the negative aspects.

At the end of her talk, she shares how to bring positivity into your day by focusing on the good things that have happened.  All the same, she teaches of also being aware of the way our minds can focus on negativity.

Helen Peterson, is a professor of interior design at Prince Mohammed University.  She has worked in and out of Saudi Arabia which gives her a unique perspective.

The talk she gives mostly centers around having a positive outlook in trying times. Examples she gives are personal things that have happened in her life where she tried to look at the positives.  For instance a family health emergency and her visa problems.

She says that we must remember to laugh and make other people laugh. Laugh, smile, and remind yourself of the good things and positive people in your life.  Also, doing things that make you happy are all the best gateways to having a positive outlook on life.

Life is not perfect, nor are people, but life has many good things, despite the very bad things that can happen.

4. Juan Moore at TEDxUNG: The Power of Positivity

Juan Moore is a motivational speaker, mentor, author, and entrepreneur from Atlanta, Georgia. This positive thinking TED talk is a little different from the others but has the same overall conclusions about being mindful.

Moore begins his talk by telling the story of a young man, a friend of his.  This young man was pretty successful in his young adult life, yet who had committed suicide later in life. He goes on to explain to the audience the statistics of suicide among college students and why that is.

This leads him to begin the main subject of his talk, and that is mindfulness and protecting the peace inside.

In making his points and explaining them, he engages the audience in some short, guided meditation.  Further, he demonstrates with water and little orange balls, how stress piles up and how it can be dissipated by having good social groups. Therapy and other positive outlooks in life can help you keep your peace and your positive mindfulness.  Also, they help prevent suicidal and negative thoughts among you and your peers.