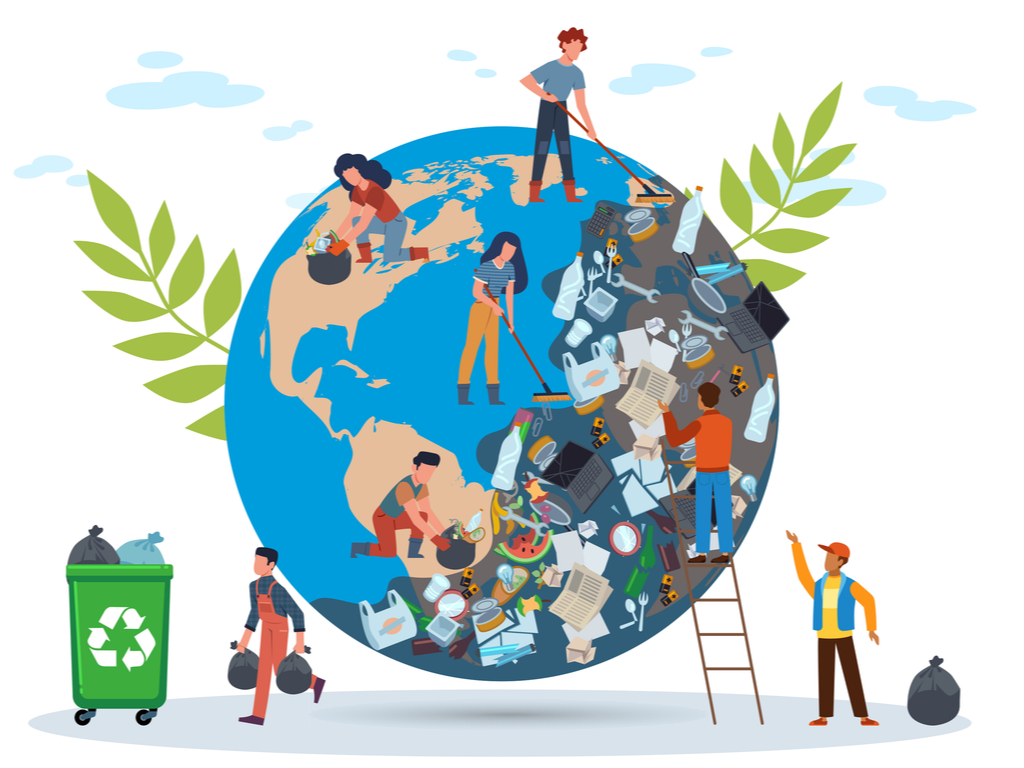 It seems no news is good news nowadays. Stories of war, environmental collapse, climate change, and natural disasters abound. Unfortunately, it seems easy to fall into the trap of thinking the world is a dark place. However, people are working tirelessly to prove the world is full of hope and caring.

5 Inspiring organizations creating hope in this world include:

Behind the scenes of everyday life, where news and media focus on the darkness of our times, brave humans are risking their lives to help each other. In addition, they also focus on helping the animals who share our world and the environment.

Thankfully, these people work tirelessly and often for free to protect this planet and those in it. If you feel overwhelmed with negative media, here are 5 inspiring organizations to help you believe there is hope in this world. 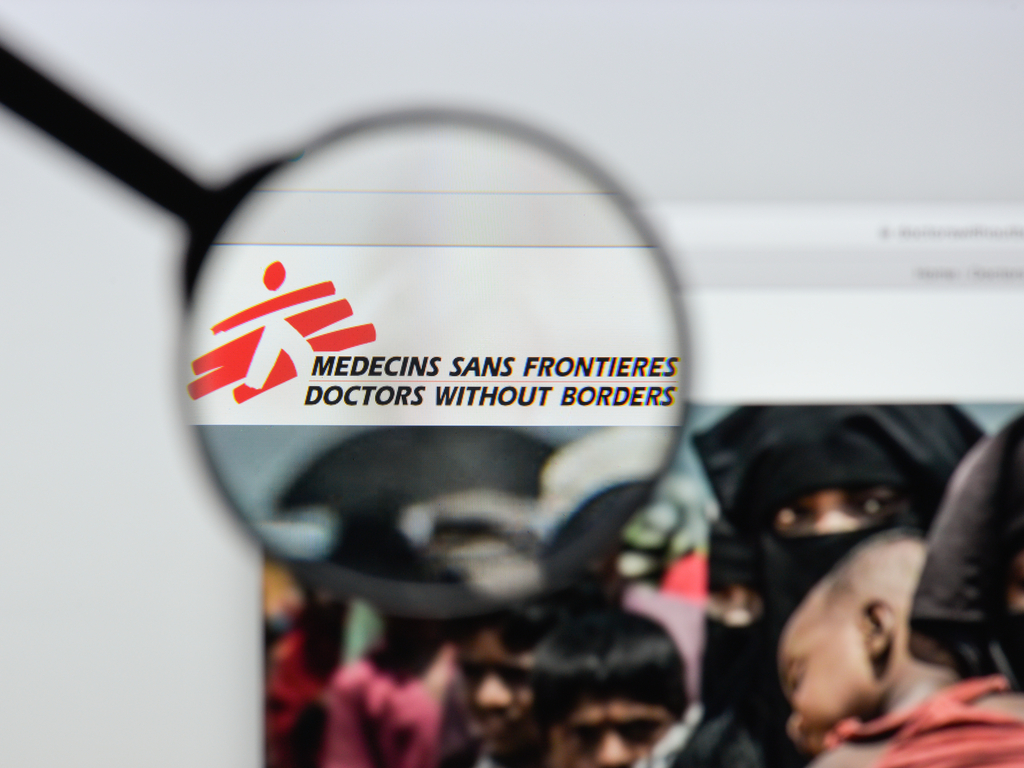 Médecins Sans Frontières (MSF) is known internationally in English as Doctors Without Borders.  Amazingly, this organization rose from the humble origins of only five doctors with a strong will to offer their skills to help those in need.

When the Biafran crisis exploded onto the world’s stage via television in 1968, two doctors, clinicians, and a nurse set out to Biafra. What is more, they wanted to provide emergency relief to starving adults and children.

Consequently, what this brave team endured and what they witnessed prompted them to create the MSF.  This was due to what they believed was unfair and discriminatory medical practices under the flag of the International Red Cross.

The MSF was officially founded in December 1971 and at that time offered the services of 300 volunteers.  At its core, these included doctors, nurses, and journalists.

This organization stands out from others because they place their own life in dangerous and unstable positions to help those in need.  This is regardless of the needy persons color, creed, or country.

The MSF has grown exponentially since 1980 and now employs over 30,000 people across the world. They have treated over 100 million people in need who otherwise would have had no access to proper medical care. In fact, in 2014 they treated 8.25 million patients alone!

MSF not only offers up their lives and time to the dispossessed and the helpless. They also draw the world’s attention to the victims who bear the brunt of political games and agendas. Moreover, their independence as an organization frees them from political and financial agendas, so they can go where they choose.

However, the people who work for MSF occupy incredibly dangerous situations, and injuries and death are common. As a result, when they aid one side of warring factions, they come under attack from the opposing side even if their position is neutral.

For example, one of the sacrifices these volunteers made was when in 2015 14 MSF staff were killed by a bomb dropped by American forces during the Battle of Kunduz.

MSF volunteers work for free, and the fact that many become casualties, along with the people they help, is beyond inspiring. As recently as 2021, three MSF volunteers were killed in Tigray, Ethiopia. The fact that so many MSF volunteers offer their lives in service to their fellow man gives us hope in this world.

In fact, in 1999 the MSF received a Nobel prize in honor of its service to those in acute crisis and raising public awareness of the plight of those in need. 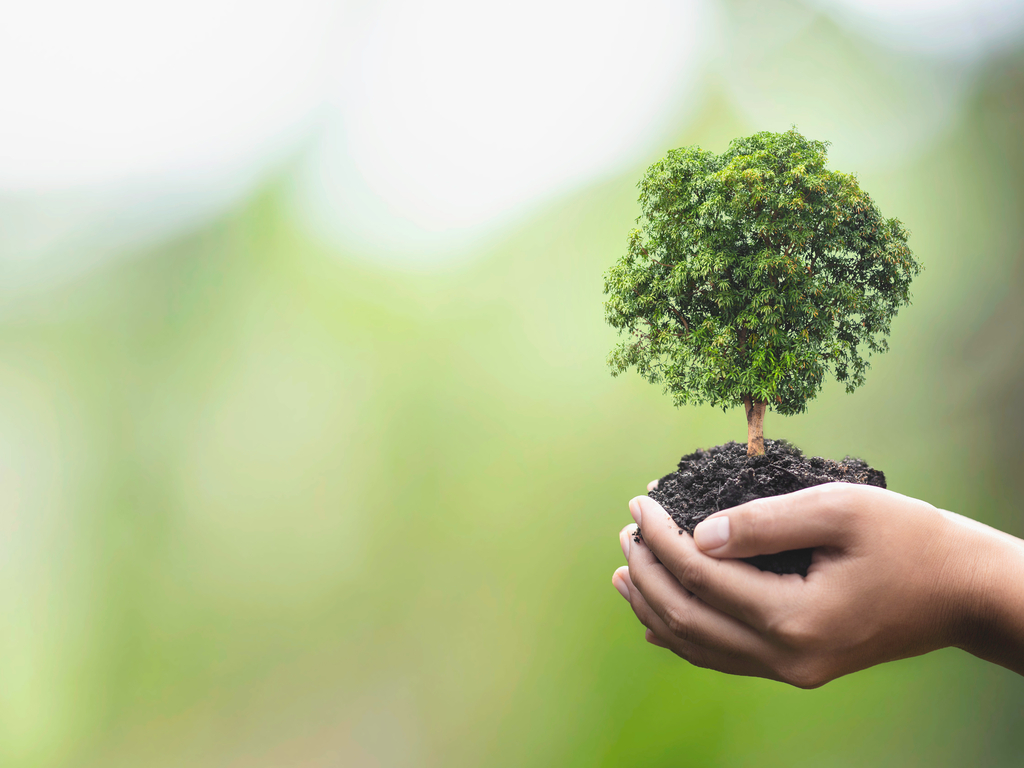 Green Peace Gives Us Hope in This World

Green Peace celebrated its half-century last year.  They continue to astonish the world with bravery and love for not only humans but the animals and the ecosystem of this beautiful and troubled planet.

Instead of sitting back and talking, an intrepid and unskilled team boarded the Phyllis Cormack.  They were wanting to try and derail the US atomic testing in Amchitka in 1971.

Unfortunately, the unfunded and untrained crew never made it to the testing site on time.  However, their sheer bravery and willingness to stand up to political powers brought the world’s attention to the fledgling organization.

As you can see, from this small yet courageous beginning, Greenpeace is now the largest environmental organization in the world.  It has a membership of over 3 million internationally in over 40 countries. Greenpeace has multiple agendas in preventing the despoliation of the earth by ruthless financial and political entities.

Indeed, Greenpeace frequently makes headlines with its fleet of vessels bearing its iconic rainbow held in the beak of a white dove on a dark green background. Their actions are sometimes bordering on militant.  Not uncommonly, they often place their lives on the line to protect this beautiful planet from those who seek to destroy our world for profit.

Greenpeace frequently comes under attack, as in the bombing and sinking of the Rainbow warrior in 1985 by the French intelligence agency. What is more, a photographer lost his life in the ordeal as the team was trying to prevent the French nuclear test in Mururoa.

Despite their sometimes-over-the-top tactics, the Greenpeace organization takes the top environmental action spot in the 5 inspiring organizations that prove there is hope in this world. 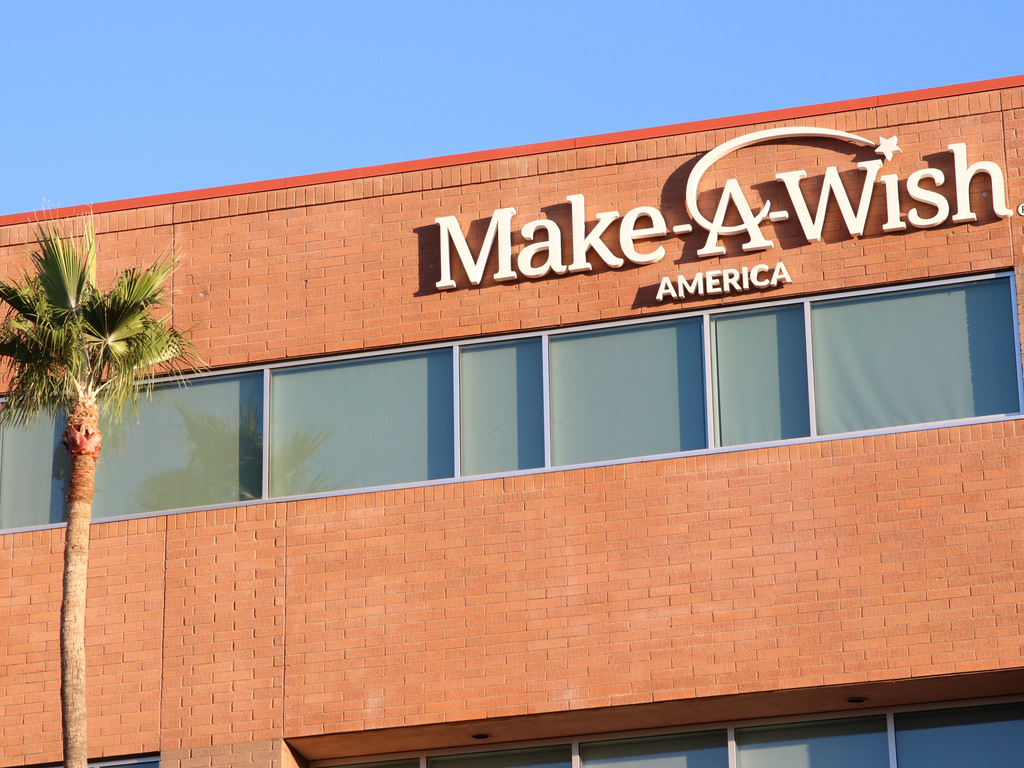 The American-based Make-a-Wish Foundation began in 1980 with the sad story of little Christopher James Greicius. When Christopher was only seven years old and dying of leukemia, he had dreams of one day being a policeman.

The foundation aims to provide hope to children between 2 1/2 and 18 years by granting wishes to terminally ill children. Simply put, they aim to make the children believe that anything is possible.  This is in hope it will help them fight their disease with renewed force.

Each Make-a-Wish chapter follows guidelines in order to grant a child’s wish and take into account the child’s treatment programs and mobility. Typically, the wishes offered to the chosen candidates fall into the categories of

Many celebrities offer their time and services for free to grant their fans specific wishes. In fact, the famous John Cena has the record for giving wish meetings with over 650 wishes under his belt!

Despite the wonderful benefits of children fulfilling their dreams, the Make a Wish Foundation also brings communities together and fosters hope and strength.

According to their website, the foundation provides a wish every 34 minutes in the US alone, and they have been operating for over 42 years. Along with a staff of 45,000 volunteers, this inspiring organization has granted more than 500,000 wishes worldwide.  They are the largest wish-granting foundation of its kind in the world. 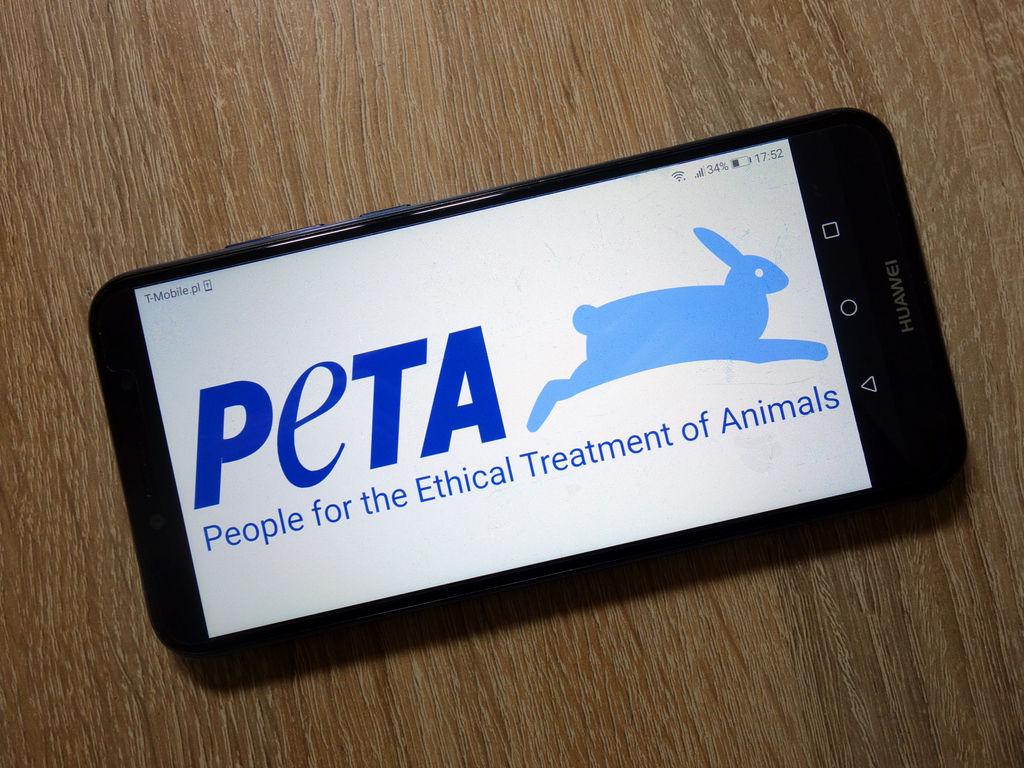 PETA People for the Ethical Treatment of Animals

PETA is the largest animal rights organization in the world, with over 9 million members and supporters worldwide. This organization stands against speciesism and the human-centric view that animals are objects and products for humans to use and consume.

PETA is one of the 5 most inspiring organizations that prove there is hope in the world because we aren’t truly human until we recognize an animal’s right to life. For instance, their first case involved the abuse of monkeys in a laboratory in Silver Springs.

For the first time, an animal experimenter was arrested and criminally convicted of animal abuse in a laboratory setting; Indeed, this set the standard for PETA, who continued to champion the cause of the voiceless animals tortured to make corporations rich.

This company is not afraid of taking on big business as they even forced McDonalds to make welfare improvements on their treatment of cows. PETA was also pivotal in bringing the notoriously animal abuse Ringling Bros. and Barnum & Bailey Circus to its knees.

The organization has many animal rights reforms under its belt, including convincing the most prominent fashion houses not to use fur. They have also banned a multitude of animal testing procedures in personal care companies and automobile crash test laboratories.

PETA Strategies to Bring Hope in This World

PETA makes clever use of their members and effects change through a number of (sometimes controversial) strategies, including:

This organization has broken all previous boundaries to improve the lives of animals that corporations and governments across the world cruelly use. Whether it is pharma, cosmetics, or the meat industry, PETA looks out for these creatures in our care.  They constantly desire to improve the quality of life for countless animals in captivity.

PETA is also responsible for promoting and endorsing meat-free food substitutes and educating the public on the benefits of a vegan diet. They are an inspiring community who have never been more vital in a world driven by greed and the rise of global corporations. 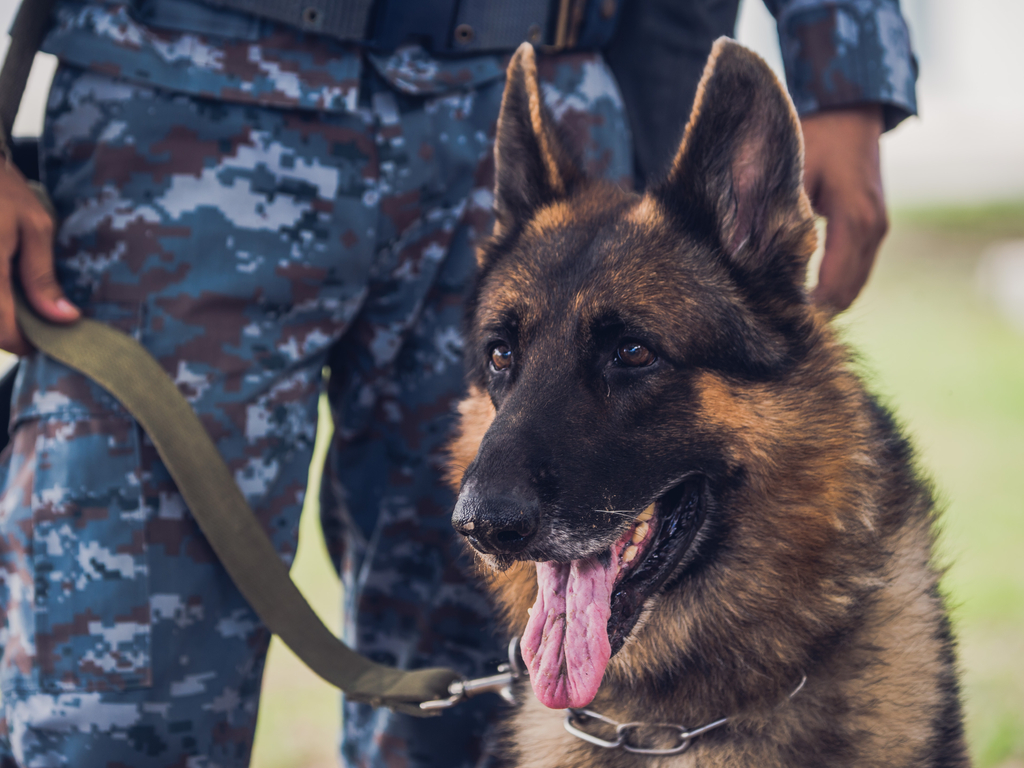 Although Mission K9 Rescue is by no means as globally far-reaching as the other giants in our list, they must make the list of the 5 inspiring organizations creating hope in this world. Until this organization intervened, service animals were frequently left behind when the military moved out of a region or even euthanized.

Mission K9 started in order to address the cruel US military policies that abandoned dogs after they had faithfully served in war and deployment. Mission K9 aims to rescue, rehabilitate and rehome any dog that has served humankind in some capacity.

Although they are based in Houston, their reach is worldwide, where service dogs require rescue and rehabilitation.

The Mission of Mission K9 Rescue

Furthermore, Mission K9 focuses on a multi-tiered rescue system that not only physically removes these abandoned canine veterans but also to:

Mission K9 recently teamed up with SPCA International to resume 21 retiring mining dogs that risked their lives every day to protect their human handlers. They arrived from Afghanistan and began their slow healing process to find a home that will love and care for them in their old age.

As of December 2021, the mission has reduced over 1100 working dogs who would otherwise be euthanized or abandoned. Today, of these 1100, almost half of these brave rescued canines have found a home with their original handler.

It gives one renewed faith in humanity that people care enough about these unsung heroes of war and provide these dogs with the chance to live out their years with love and compassion.

Closing Thoughts on Organizations That Bring Hope in This World

In conclusion, if you feel the world’s falling apart, you don’t have to sit idly by and watch the decline. You can offer your services to any of these organizations or even financial support if the frontlines frighten you.

After all, we are in this world together, and there is hope everywhere if we open our eyes. Each of us should commit to doing what we can to inspire hope in those around us.