Who couldn’t use a little more hope in their life in this day and age?  Truely, songs of hope Christian style provide a comforting respite from today’s emergency-driven, hurry-worry world.

Christian music has been peddling hope to the masses throughout the history of the United States. Some say even well before that. People worldwide have turned to the musical genre for consolation during some of the most historic events of the past century.

Through the history of Christian music songs and hymns were created to address woes of the time. Moreover, these woes included slavery, losing loved ones to war, the Depression, the civil rights movement, and many natural and man-made disasters.  Surely, today these can as well include the coronavirus and pandemic that surfaced in 2020. 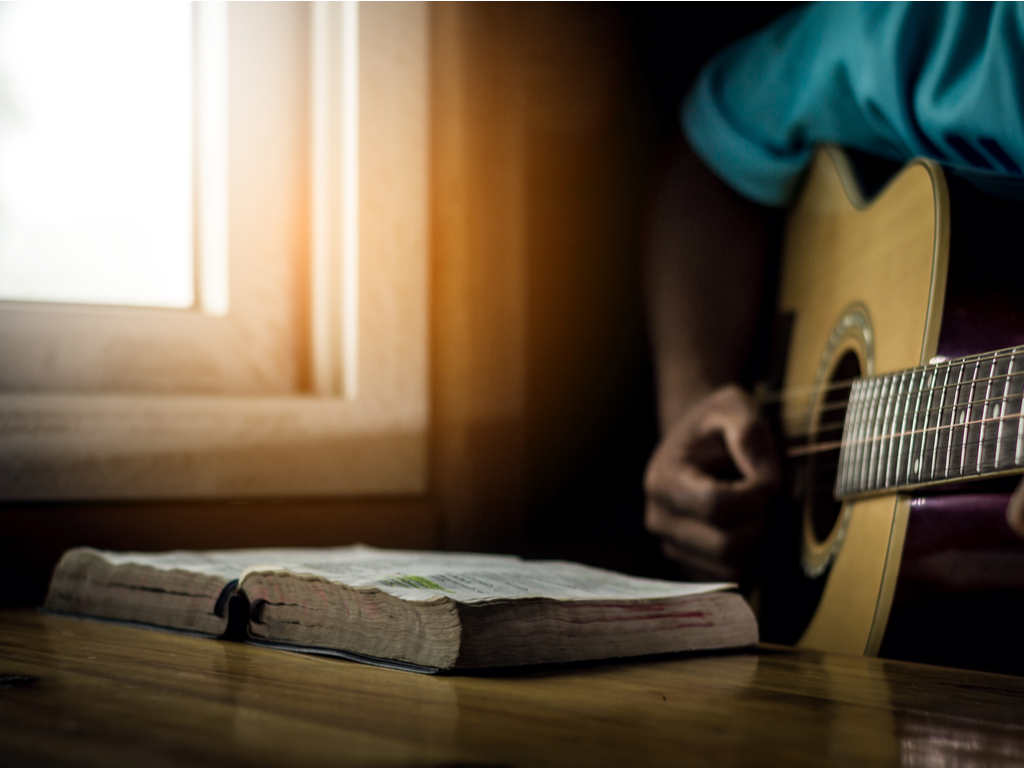 Christian Songs of Hope and the Pandemic

Very early in that pandemic emergency the Christian information and resources nonprofit organization 9Marks published an article to soothe the soul.  It was written by Matt Merker of Getty Music under the title, “25 Hymns to Sing in Troubled Times.” In it, Merker provided words of solace to congregations who had lost the ability to come together.  This was due to the pandemic response and government-ordered restrictions.

“Though many believers may be temporarily separated, this isn’t a time to stay silent,” Merker wrote. “Now, as ever, the Christian sings.”

Throughout America’s history, hopeful and inspirational Christian songs have been welcomed by the poor, the downtrodden, and the plain struggling and suffering.

Contemporary Christian music began in the 1950’s.  It opened the doors for off-shoots like Christian country, Christian alternative rock, rock, and even metal and hip-hop music.  Also, Christian songs of hope are at least partially in response to the arrival of rock ‘n’ roll. Hybrids of rhythmic music and gospel caught plenty of attention, including from Elvis Presley himself. He recorded a gospel LP in the middle of rock’s early heyday in 1957.

This modern version of Christian music began to blossom during an era of hope in the 1960s, and rather exploded in the 1970s and ‘80s. Next, the genre welcomed use of rock, pop, and modern musical styles to reach bigger and broader audiences worldwide.

However, Christian music is not limited to the second half of the 20th century. In fact, many of the hymns spotlighted in Merker’s article were written as far back as the late 18th century. Likewise, Christian music in general has been a major part of worship and services by churches for decades.

It’s amazing how, despite the huge changes in American society over more than two centuries, the messages for Christian songs and music remain the same. Instilling hope has been a part of it all along.

Genesis of the Hope of Christian Songs

Christian songs over the years have been consistent in delivering themes and messages along lines of the Bible and the Christian faith:

In fact, Contemporary Christian music is sometimes referred to as “inspirational music.” The theme of reaching out to, and also trusting in a higher power during difficult times has resonated with millions of listeners to this day. 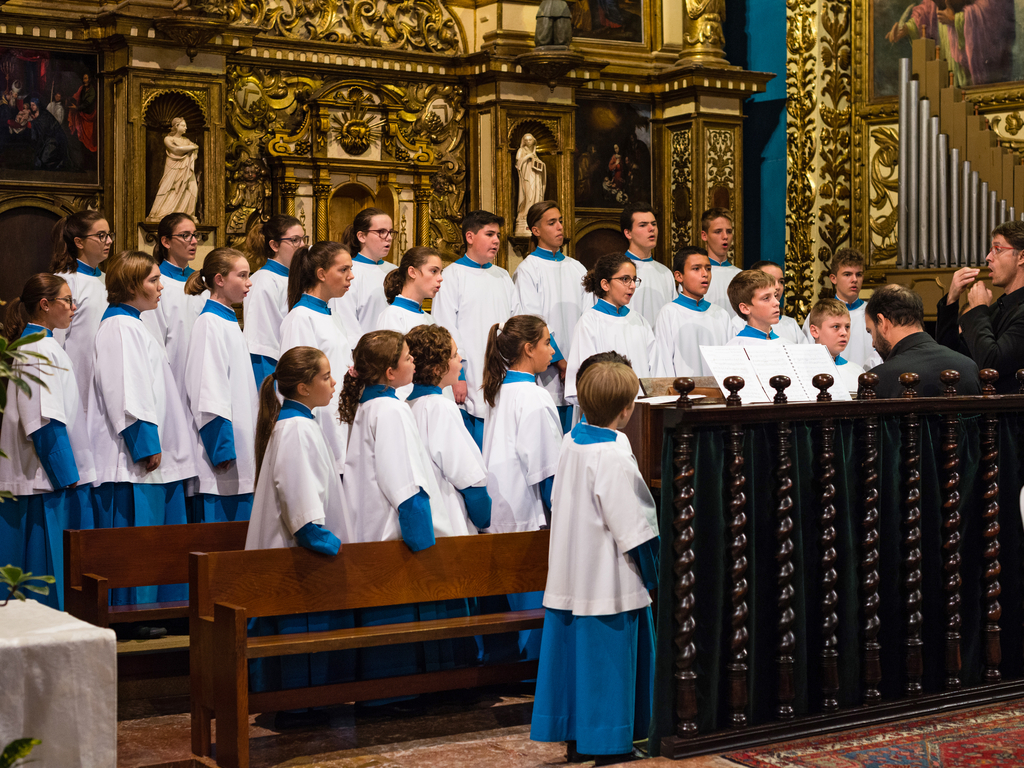 Artistically, today’s Christian songs are rooted in long-established Christian music, while consistently focusing lyrics on messages of the faith. Those musical styles can be presented in a variety of genres, including but not limited to:

Gospel. This genre of Christian music may be the oldest, said to have roots dating back as far as the 1600s (though the term “gospel song” didn’t surface until the late 19th century). Gospel music is designed for a variety of purposes, including religious, ceremonial, and even for straight entertainment during worship at church. This genre is often dominated by vocals, including acapella, and call-and-response; and can be supplemented by stomping of feet or timely clapping of hands.

Hymns. Hymns are, simply, songs of praise. They began in Greece where musical pieces were created to honor gods and heroes of that region and age. Yet they have been involved in Christian ceremonies since the time of Moses. Musically they tend to be light, with a lyrical focus on the goodness of the Lord.

Worship. Today, these songs engage an array of instruments, rhythms, and styles, to back lyrics leaning heavily on the theological side. It is not unusual to enter a church before a sermon or mass and see a set of drums and electric guitars.  They are sitting and ready for the session’s worship performances.

Folk. Pete Seeger’s interest in Christian and gospel songs is well-established. From the 1930s to date, some Christian folk music artists have cracked the mainstream with hits.  Some of these artists include Barry Maguire and Bruce Cockburn. Influential folk artists like Seeger and Bob Dylan have peppered Christian songs into their catalogues over their careers. At the end of the 1970s, Dylan, Jewish during his career at that point, converted to Christianity, eventually releasing three albums of contemporary gospel music.

Rock. While Contemporary Christian music was born in part as a reaction to rock music, the so-called “Jesus Movement” of the late 1960s and 1970s led to the creation of a new genre, known as “Jesus music.” Performers more and more added rock music accompaniment to songs with lyrics about peace and love, and, of course, hope.

Metal. Hard-rock act Stryper made strides starting in the late 1980s while sticking to its Christian principles. 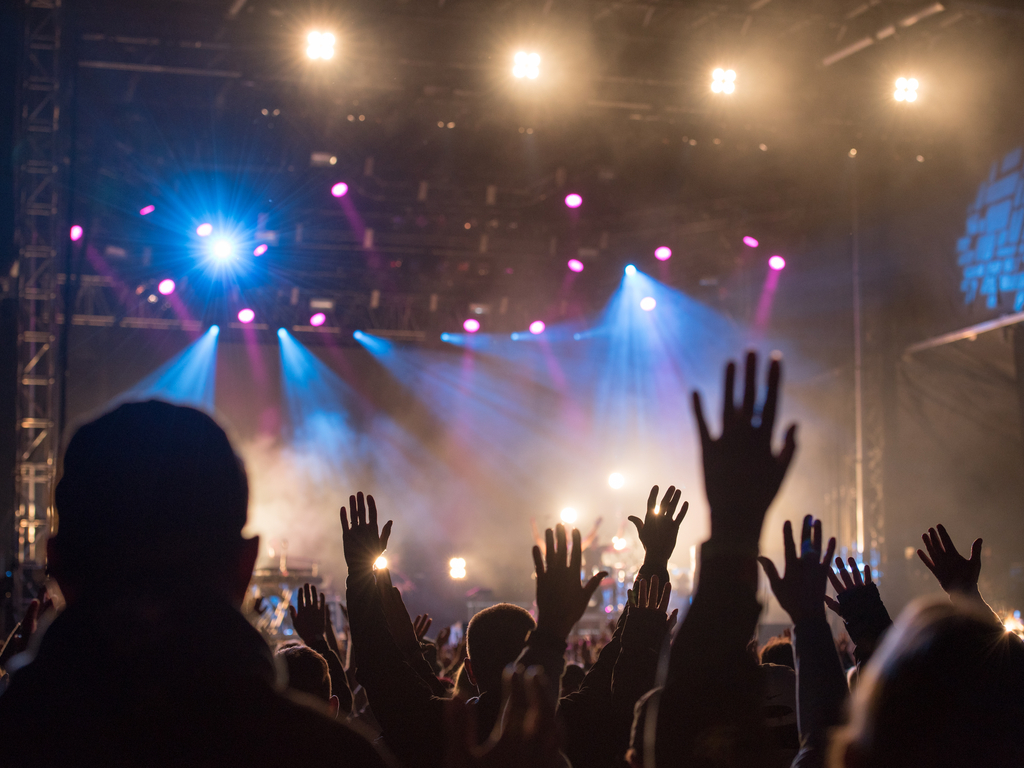 Examples of the themes of hope and inspiration are abundant in Christian songs, such as:

“There is a Hope” written by Stuart Townend and Mark Edwards and published in 2007:

“There is a hope that lifts my weary head,

A consolation strong against despair,

That when the world has plunged me in its deepest pit,

I find the Savior there!”

‘Telltale’ can be comments attached to online postings of songs or videos. For instance, for the inspirational song “My Hope” by Hillsong Worship, posted to its YouTube video (in 2014) is this insight by a fan:

“So needed this song right now. Only heard it for the first time today. My Hope truly is the Name of the Lord and in His Name alone.”

Perhaps no gospel or Christian song has inspired more than “We Shall Overcome”.    It became popular once it was played at the Lincoln Memorial in August 1963, during the March on Washington for Jobs and Freedom. Over 200,000 people joined hands while singing along, and the movement had its anthem.

Not long after, the song was played at the funeral of three young girls in Birmingham, Alabama, killed during a church bombing by Ku Klux Klan members. During subsequent years to this present day, “We Shall Overcome” was heard at significant historic events like Chinese student protests, the falling of the Berlin Wall, and during the final chapter of apartheid in South Africa.

In tracing the song to its roots  we find an October 2021 article written for The News-Herald of Morgantown, North Carolina.  In it,  Brent Tomberlin, a college social studies instructor, wrote, “Listening and singing songs helps us remember important times in our lives, reminds us of the past, and provides some hope for the future.”

Christian-based music is as big as ever, in fact a large, multi-million-dollar industry. To put it in perspective, as a genre, it outsells some long-established modern musical niches including jazz, classical, and new-age music. The shift from LPs to CDs to the digital realm did little to slow it down.

The modern world is chock full of crises — pandemics, man-made disasters like oil spills, massive earthquakes, floods, and more. Add to that the media saturation of the Information Age, when bad news can reach your eyes and ears at any moment of each day. People can feel overwhelmed more than ever before.

To deal with their anxieties, millions of people turn to Christian songs for inspiration, for hope, to dream, and generally to just feel better. People disillusioned with the lack of righteousness in modern society harken back to days more dominated by the church. Truely, the easy availability of Christian songs can serve as a bridge back to better times and memories.

Many new platforms are available now to deliver music to the masses.   These platforms include the internet, digital files, all the iPod-like listening gadgets, and even satellite radio. They have only served to further propel Christian songs to newer channels and audiences…even, at times, into the mainstream. Google Play Music added Christian/Gospel as a label. Those 25 hymns Matt Merker wrote about? They’re available as a playlist on Spotify. “These songs may help soothe the wound of missing out on fellowship,” Merker wrote.

Songs of hope in Christian music have survived for as long as the United States as a nation. The music has branched out and thrived along with the American public and the music industry as a whole. Past inspirational and hopeful messages conveyed in the Bible are summarized in words and melodies and enjoyed by millions of people worldwide.

The millions of copies of top Christian songs being sold are the result of the digital revolution. Faster downloading is allowing more and more Christian-based artists to spread their music to more people. It contrasts to the old days of Christian music, when usually only churches or worship pastors purchased records.

The Coronavirus pandemic has driven a renewed interest in the hopeful, positive and inspirational Christian songs to help individuals and families get through the troubled times.

It’s evident by articles like Merker’s, or an abundance of  Google searches of “top songs about hope” that people are turning to Christian songs for comfort, and peace of mind. And, of course, hope.

Question: Like Elvis was with rock music, was there a “king” for Christian music?

Answer: Larry Norman is known as the “father of Christian rock.” His introductory solo album “Upon This Rock” is widely considered as the first true Christian rock album. (It was not well-received at the time of its release, in 1969).

Q.: How many gospel records did Elvis record?

A.: Three, including the “Peace in the Valley” album in 1957, and the popular “He Touched Me” released in 1972. It surpassed sales of 1 million copies and earned the King of Rock a Grammy Award in the gospel category.

Q.: What is the top Christian song, and Christian artist?

A.: “Mighty to Save” by the abovementioned Hillsong Church has sold 8.5 million copies. As for artists, Elvis Presley is probably the most well-known. Today, Lauren Daigle is considered by many to be the very top Christian artists.